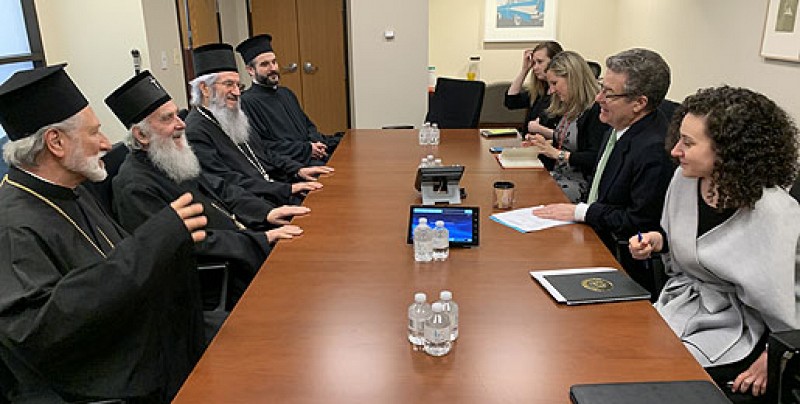 Senator Samuel Brownback, Ambassador at Large for International Religious Freedom, with his associates, received His Holiness Irinej, Serbian Patriarch, at the State Department on 3 March 2020. The meeting of the two delegations began at 3pm local time.

At 4 pm local time at the State Department in Washington, His Holiness Patriarch Irinej had discussions with Mr. Philip Ricker, Acting Assistant Secretary of State in the Bureau of European and Eurasian Affairs, as well as with his Deputy Matthew Palmer.

The meeting was held with the attendance and the participation of His Grace Bishop Jovan of Sumadia, member of the Holy Synod of Bishops; His Grace Bishop Irinej of East America; protonamesnik Vasilije Vranic,PhD; dean of the Cathedral Church of Saint Luke in Washington; as well as proto-deacon Damjan Bozic, PhD. 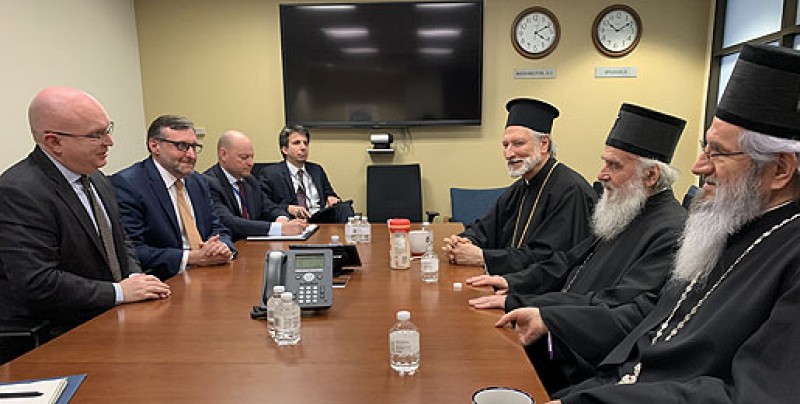