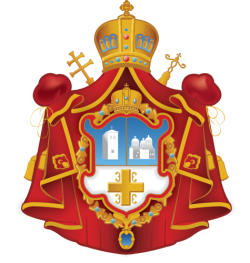 The Holy Synod of Bishops, under the presidency of His Holiness Serbian Patriarch kyr Porfirije, in the Serbian Patriarchate in Belgrade from December 7-10, 2021, began to carry out the binding decisions of the Holy Assembly of Bishops of the Serbian Orthodox Church concerning the newly-formed corporations in the United States of America, the Saint Sava School of Theology in Libertyville, and the Church-School Congregation of Saint Sava in New York.

Alongside the members of the Holy Synod of Bishops, the meetings were also attended by Their Graces the Bishops of New-Gračanica and Midwestern America kyr Longin, Canada kyr Mitrofan, Western America kyr Maksim, Eastern America kyr Irinej and Buenos Aires and South-Central America kyr Kirilo, as well as the members of the Commission of the Holy Synod of Bishops for considering the above-mentioned matters: Their Graces Bishops of Bačka kyr Irinej and Šumadija kyr Jovan, as well as protopresbyter-stavrophoros Dr Velibor DŽomić, protopresbyter Vladan Simić, protonamesnik Miroslav Čolaković, and legal counselors Srđan Todorović, Miroslav Nikolić and Milan Andrić.

The Holy Assembly of Bishops rendered a unanimous decision on 29 May 2021, by which the “Constitution, General Rules and Regulations, Uniform Rules and Regulations of Parishes and Church-School Congregations of the Serbian Orthodox Dioceses in the United States of America” were annulled, with the obligation that the newly-formed corporations and other newly-formed structures of the ecclesial administration of our Dioceses on the North American continent be returned to pre-2017 status, except in those cases where it is not practically necessary or feasible. The Holy Synod of Bishops was tasked with carrying out this decision, in cooperation with our Hierarchs in the New World.

The Holy Synod of Bishop, after thoroughly studying the extensive documentation concerning the ecclesial-legal and the legal status of the newly-formed corporations, rendered the appropriate decisions, while charging Bishops kyr Longin, kyr Maksim and kyr Irinej with implementing them within two months, in accordance with the explicit instructions and injunctions of the Holy Synod of Bishops. The expert team of the Holy Synod of Bishops determined that not one legal obstacle exists within the legal system of the USA for the implementation of the decisions rendered. In this manner, church property in the USA, transferred to the newly-formed corporations in 2017, will be returned to normal ecclesial-legal status, and will represent the exclusive and inalienable property of the Serbian Orthodox Church on the territory of the USA. In the future, church property in the USA will be administered without the right of an individual to alienate or mortgage it in any form, exclusively in accord with the Sacred Canons of the Orthodox Church and the Constitution of the Serbian Orthodox Church, and under the immediate supervision of the Holy Synod of Bishops.

On 28 May 2021 the Holy Assembly of Bishops rendered a decision by which His Holiness Serbian Patriarch kyr Porfirije was requested to assist the Bishop of Eastern America kyr Irinej, in coordination with the Holy Synod of Bishops, “in overcoming the problems that have arisen in the Church-School Congregation of Saint Sava in New York, with the aim of re-establishing ecclesial order and unity among the parishioners there.”

The Holy Synod of Bishops, in order to carry out the Assembly’s binding decision, familiarized itself with the extensive documentation and problems within the Church-School Congregation in New York, especially with the question of the restoration of the church of Saint Sava in New York, which burnt down in a fire on Pascha in 2016. With sadness the news was acknowledged that, even five years after the fire and the monetary aid invested in the restoration, the church of Saint Sava in New York has not been put into function even for divine services on Great Feastdays. It is essential that, without delay, peace, trust and unity be restored among the Serbians of New York as soon as possible, and that the church dedicated to our spiritual Father Saint Sava be restored in fraternal love. The Holy Synod of Bishops will in good time, adhering to the decision of the Holy Assembly of Bishops, render a decision concerning the most expedient concrete way of resolving all these issues, about which it will inform the church and public in general.

Calling the blessing of God upon our faithful spiritual sons and daughters in America, we address paternal greetings to them, with the call to fervently guard, as they have till now, their Orthodox Faith, places of worship, Serbian identity and vows of their forbearers, and especially the unity of our Church of Saint Sava.

From the Office of the Holy Synod of Bishops