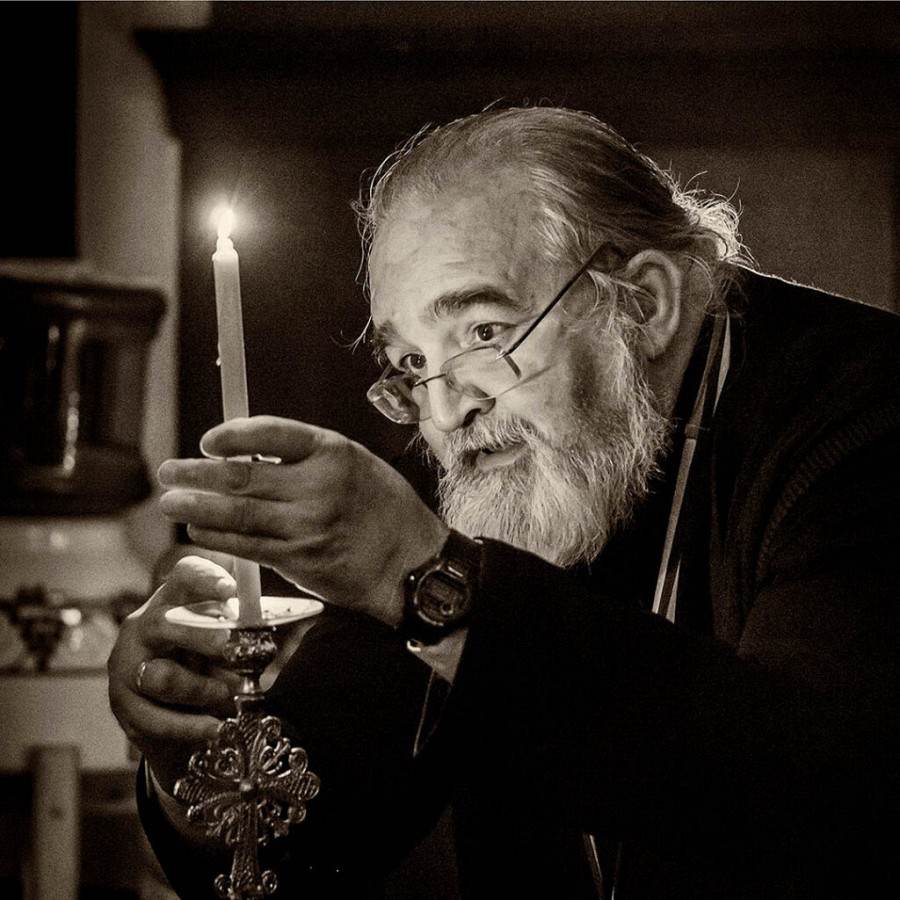 Our most beloved Protodeacon Triva Pavlov (Tom Paul) reposed in the Lord yesterday evening, on the feast day of the Meeting of the Lord. It is the day when we commemorate a wondrous meeting of an old, righteous man and prophet Simeon and baby Jesus Christ, whom Joseph and Mary brought to the Temple to offer thanksgiving to God for the child born 40 days ago. The day before, on Sunday and his name day Saint Trifun/Tryphon, Fr Triva received Holy Communion and was ready to meet his and our Lord. He dedicated to God his whole life and now with the righteous Simeon he can sing the hymn: “Lord, let now Thy servant depart in peace according to Thy word, for my eyes have seen Thy salvation which Thou has prepared before the face of all people – a light to enlighten the Gentiles and to be the glory of Thy people Israel.”

On the day of Fr Triva’s repose, 29 years ago our Church in America was reunited. Having tasted of the bitterness of division among brothers, he valued our unity more than many. For this reason, despite all of his health problems, he couldn’t miss the opportunity to travel to Chicago in 2019 for the big Assembly to see all his brothers and sisters from all over America united as one in Christ.

In addition to this, yesterday’s Monday was also a national holiday both in the United States of America and in Serbia, the two countries that he loved more than himself. Before becoming a deacon of our church, he served as a marine in Vietnam War, as a policeman in Emeryville, San Leandro, Clayton and Jackson, California, and as an international police task force monitor in Bosnia and Herzegovina. As a pilgrim, he visited Serbian monastery Hilandar and other monasteries on Holy Mount Athos, our holy sites in Kosovo and Metohia, Studenica and Žiča monasteries in central Serbia and Ostrog and Savina monasteries in Montenegro.

His legacy in our community is so great that it is impossible to imagine Jackson and our Saint Sava church without him and that means that he will never be forgotten. Above all of his many contributions, whenever we approach the reliquary with the relics of our own Saint Sebastian of Jackson, a blessing that very few cities and very few churches in North America have, we will commemorate his name in prayer and with gratitude.

He was a wonderful husband, father, son, son-in-law, godfather and friend to many who are now reading these lines with tears in their eyes.

The funeral arrangements are yet to be determined, but just like in the case of Prota Dušan Bunjević, we will have to have funeral only for the nearest family. Everybody will be able to pay their respect to Protodeacon Triva at the grave site on our cemetery. Hopefully, next year, all of us who wanted to come to his funeral will be able to gather for prayer and memorial meal on the one-year anniversary of his repose.

Let us all pray, especially in the first 40 days, that our loving Lord may establish the soul of His good and faithful servant, Protodeacon Triva, in His Heavenly Kingdom, where the saints repose, and may his memory be eternal!

Yours in Christ,
fr Marko