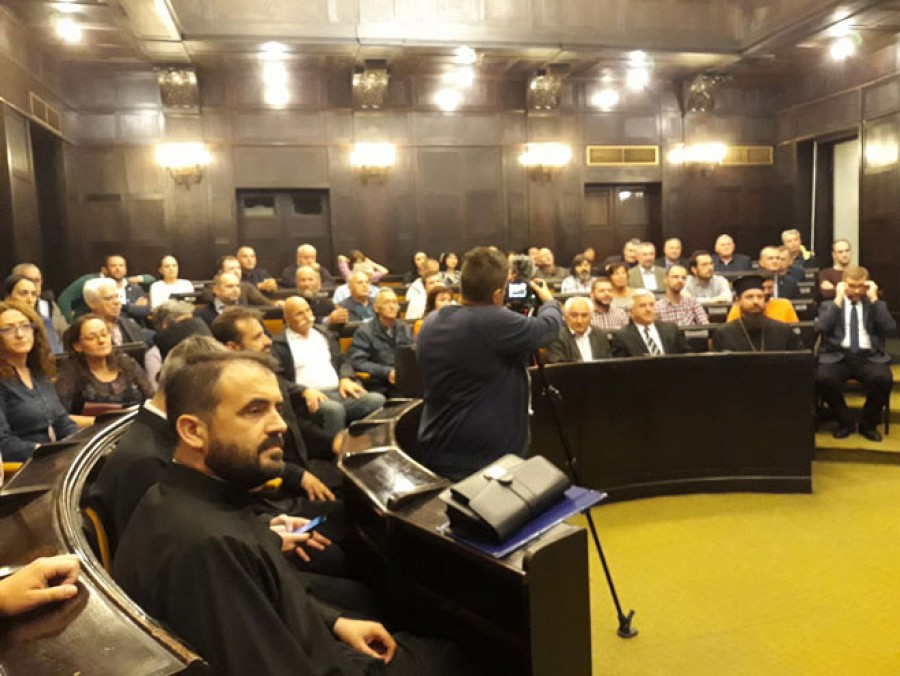 A book promotion was held this evening in Banja Luka in which the monograph of the 200 year presence of the Serbian Orthodox Church in America – Serbian Christian Heritage of America, which offers the historical, spiritual and cultural presence of the Orthodox diaspora in America was presented.

The monograph was prepared on the occasion of the 800th anniversary of the autocephaly of the Serbian Orthodox Church by Bishop Maxim of Western America who noted that it visually shows all the beauty and charm and the significance of being Serbian in the world.

The book is 1,008 pages and contains a galaxy of our churches, portraying photographs and historical texts. The monograph contains all that we have documented in a representative manner, in English and understandable to Americans, said Bishop Maxim to the news reporters before the promotion.

According to him this monograph strongly portrays how the Serbian immigrants in America and Canada preserved their Christian faith and Svetosavlje consciousness, mindset, thanks to the Church.

He reminded that before this monograph another one, featuring the Serbian Christian Heritage of Kosovo and Metohija, was published and was well received among Americans who were amazed by the beauty of our churches in that region.

I believe that the same reaction will be with this monograph which we will promote throughout America, said Bishop Maxim.

The monograph of the Serbian Christian Heritage in America is hardbound, 1,008 pages and 1,025 photographs of the most significant historical figures, churches, monasteries, frescoes, icons and other artistic items.

It contains articles by well-known historians, theologians and artists with an abundance of historical facts and rich illustrations.

The monograph documents the historical and spiritual identity of the Serbian people in America and serves as a symbol of our current and future generation of Serbs in order to preserve the continuation of our heritage.

The book promotion held at the cultural center Banski Dvor was attended by the president of the National assembly of Republika Srpska Nedeljko Cubrilovic.