HISTORY OF THE SERBIAN ORTHODOX CHURCH IN THE USA 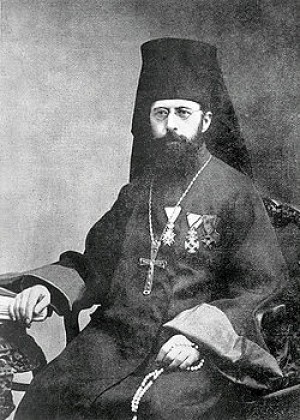 The Serbian Orthodox Church in North, Central and South America is canonically and hierarchically an integral part of the Serbian Orthodox Church (Patriarchate), with its See in Belgrade, Serbia. The USA Dioceses have Administrative Autonomy in all matters which pertain to the administration of external church affairs: the ownership, control, possession, management and administration of the real and personal property of the Dioceses and their Monasteries, Church-School Congregations and other constituent bodies.

The joint activities of the USA Dioceses are governed by the Episcopal Council and Central Council, both of which have as their seat Saint Sava Monastery in Libertyville, Illinois, which is the first Serbian Orthodox Monastery in the USA (1923), dedicated to the first Archbishop and Enlightener of the Serbs. 2019 marks 800 years since Saint Sava obtained autocephalous (self-governing) status for the Serbian Orthodox Church.

There are presently three (3) USA Dioceses:

The first Serbian Orthodox immigrants came to the USA in the late 18th century but the first large wave arrived in the last quarter of the 19th century and the first quarter of the 20th century. This first group came from all parts of southeast Europe where Serbs lived at that time. Many were escaping religious/ethnic persecution in the Austro-Hungarian Empire and the Ottoman Turkish Empire; others were economic immigrants from the Kingdom of Serbia and the Kingdom of Montenegro. 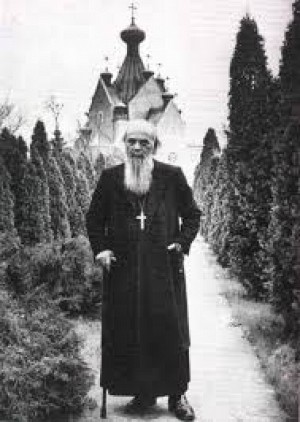 The first distinctly Serbian Orthodox community was established in the mining town of Jackson, California in the Sierra Foothills, where in 1894, Saint Sava Church was built atop a hill overlooking the town. This church still stands and is considered the oldest Serbian Orthodox Church in the USA. Soon after, other parishes were founded in places like the port city of Galveston, Texas and the industrial/mining centers in the East (Pennsylvania, Ohio, Michigan) and the Midwest (Illinois, Indiana, Minnesota, Montana).

Major “personalities” who contributed significantly to the history of the Church in the USA were:

—Saint Archimandrite Sebastian (Dabovich) was the first US-born and ordained Orthodox Christian priest/missionary, who built St. Sava Church in Jackson, and established many other Orthodox communities in the USA. He was canonized by the Church in 2015 and his relics repose in Jackson. He was known as the “English preacher” of the San Francisco Cathedral of the Russian Orthodox North American mission;

—the prominent theologian Saint Bishop Nicholai (Velimirovic), who was placed in the calendar of saints in 2003, who known for eloquent preaching and writing and is often referred to as “the New Chrysostom;” and

—Saint Bishop Mardarije (Uskokovic) who was the first Serbian Orthodox Bishop of the USA and Canada, and was canonized a Saint in 2015.

These first Serbian Orthodox parishes in the USA were united as the “Serbian Mission” under the omophorion of the multi-ethnic Russian Orthodox American Metropolia, led by the Russian Archbishop in New York. When then-Archimandrite Mardarije (Uskokovic) arrived in the USA in 1917, he was appointed as Administrator of the Serbian Mission and was placed in charge of these parishes by the Russian Archbishop.

However, in the wake of the Bolshevik Communist revolution in Russia, the Serbian Orthodox Mission and its parishes petitioned for acceptance by the Serbian Orthodox Patriarchate in Belgrade, which proceeded in 1921 to establish the Serbian Orthodox Diocese of the United States of America and Canada, with its See in Chicago, Illinois. The first Administrator of this Diocese was Bishop Nicholai (Velimirovic). In 1927, Archimandrite Mardarije was elected as the first resident ruling bishop. Among Bishop Mardarije’s most remarkable accomplishments was the adoption of the first Diocesan Constitution (1927) and the founding of the Saint Sava Monastery in Libertyville, Illinois, which became the Diocesan See and the center of spiritual life and place of pilgrimage for the Serbian Orthodox community in America.

Saint Sava Monastery has a beautiful Russian-styled Church (built in 1931), which is a US National Historical Landmark. The Monastery cemetery is where many prominent figures were laid to rest: Saint Bishop Mardarije, Saint Bishop Nicholai, King Peter II Karadjordjevic (King of Yugoslavia who died in exile), the famous poet Jovan Duchich, Serbian government officials and army officers, etc. Since 2017, Saint Mardarije’s relics repose in a reliquary in the Monastery Church and pilgrims from all over the USA come to pray before them, asking for his intercession. 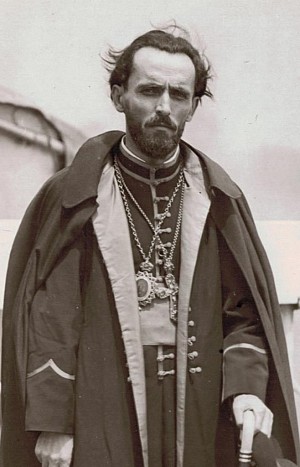 Like other Eastern European communities in the USA, the Serbian Orthodox community in the USA was deeply affected by the political changes in Yugoslavia, both during and after the Second World War, when a Communist regime took control.

Just before the beginning of the Second World War, in 1940, the Holy Assembly of Bishops had appointed Bishop Dionisije (Milivojevic) to head the USA-Canada Diocese. At the end of the war, a huge wave of displaced persons and political refugees arrived, including many priests. Bishop Dionisije and his talented team of clergy strengthened existing institutions and established new ones. In particular, Bishop Dionisije spearheaded the creation of the philanthropic “Federation of Circles of Serbian Sisters”, which together with the Diocesan Council established the first Orthodox Christian children’s summer camp at Saint Sava Monastery in Libertyville, Illinois. In the early 1950s, over 1400 acres were purchased by the Diocese in Shadeland, Pennsylvania, where a Charity Home and another children’s camp were established. In the early 1960s, the Diocese also purchased land in Jackson California, were a third summer camp was formed. These summer camps continue today to provide year-round opportunities for Christian Education and recreation for children and youth.

In 1963, the Holy Assembly of Bishops in Belgrade decided to re-organize the existing single USA-Canada Diocese into three dioceses (Midwest, East/Canada, West). Bishop Dionisije disagreed with and disobeyed this decision. A tragic division ensued, which lasted almost thirty (30) years. Canonical and hierarchical reunification began in 1992 (eucharistic unity with parallel diocesan structures) and culminated in 2009 with full administrative reunification (by way of diocesan arrondation/elimination of the parallelism).

The Serbian Orthodox community in the USA continues to grow both through the influx of new members who embraced Orthodoxy from other faith communities as well as new waves of Serbian immigration, many of who are refugees from the civil wars that engulfed Yugoslavia in the 1990s. Today, the Serbian Orthodox Church in North, Central and South America has over 120 parishes, 11 monasteries, and a theological school. Many of these Churches are breathtaking representations of Serbo-Byzantine architecture, which include unique characteristic elements from the Middle Ages. These church buildings are monuments to the timeless qualities of the Serbian Orthodox Church and noteworthy cultural contributions of the Serbian people’s ancestry. An example of this impressive architecture is a replica of Gracanica Monastery (which was built in 1321 and is located in the Serbian province of Kosovo and Metohija), which is known as “New Gracanica” Monastery (which was built in 1984 and is located in Third Lake, Illinois). The “Old Gracanica” of Kosovo and Metohija, the famous church that was continually destroyed and rebuilt, is an example of the powerful Serbian spirit that, with the Church as its guide, carried itself from an age of struggle in Serbia, which now finds its expression in an age of peace in the USA, in Third Lake, Illinois, in the form of the “New Gracanica” Monastery.

The ministries of the Serbian Orthodox Church in North, Central and South America include the development of Serbian Liturgical Music in the English language, Christian Education and Youth Programs, Stewardship Awareness, Publications, Missions and Outreach.

The official news publication of the Serbian Orthodox Church in North, Central and South Americais The Path of Orthodoxy, a quarterly magazine.

There are many other ongoing efforts in Orthodox witness, such as Sebastian Press of the Diocese of Western America, established in 2007, which has published nearly one hundred theological works by such noteworthy Serbian theologians as Saint Justin (Popovic), Saint Nicholai (Velimirovic), and Bishop Atanasije (Jevtic) in the English language.

In 2019, the Serbian Orthodox Church published a rare and exception work, THE SERBIAN CHRISTIAN HERITAGE OF AMERICA: The Historical, Spiritual and Cultural presence of the Serbian Diaspora in North America (1815-2019). This book consists of 1004 pages, in a hardbound, with over 700 photos of the most important historical figures, churches, parishes, monasteries, frescoes, icons and other art objects. It contains professional texts of prominent historians, theologians, artists, and others who are leading experts in the areas from which they write.