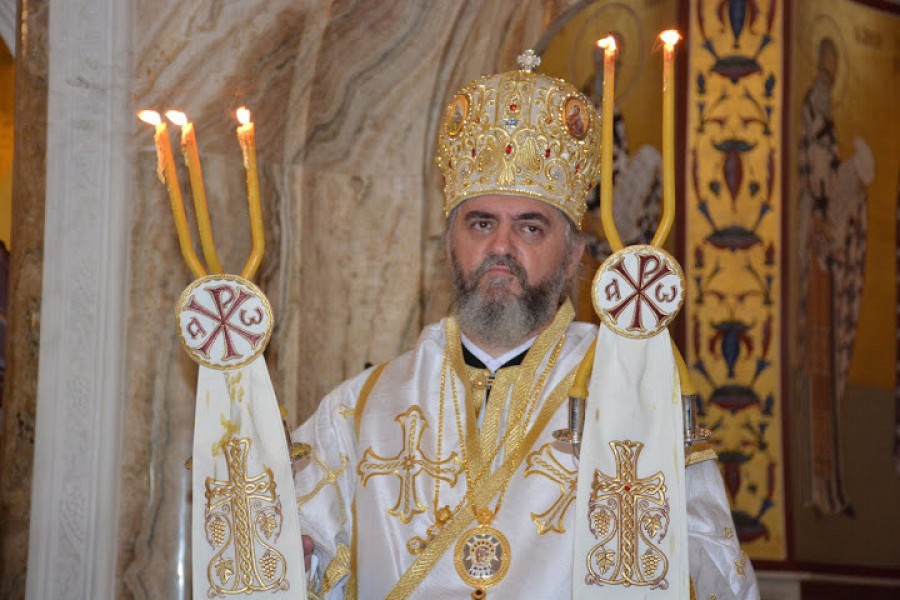 On May 25, 2016 at the Holy Assembly of Bishops of the Serbian Orthodox Church Archimandrite Kirilo (Bojovic) was elected as vicar of the Diocese of Montenegro and the Coastlands, with the title, “Bishop of Diocletia” and currently engaged in the Diocese of South America.

Bishop Kirilo of Diocletia was born February 4, 1969 in Podgorica of Orthodox parents and the fifth child of Radul and Zorka (nee Jovanovic).

He competed his elementary studies in Danilograd. After he completed his schooling in 1987 he went to serve the army. Upon returning he enrolled in the Podgorica-Mathematical College in Podgorica which he completed in four years. From 1993 to 2000 he served as assistant at the Natural-Mathematical College in Podgorica. In 1993 he enrolled in the Natural-Mathemical University for his post graduate studies. Duirng that time he was a long time member of the Church board of the church-school congregation in Podgorica.

In 2000 he submitted his resignation at his post at the college and, with the blessings of His Eminence Metropolitan Amphilohije, he became a novice at Cetinje Monastery.

He began his studies at the Moscow Spiritual Academy in 2005. On May 21, 2006 Metropoitan Amphilohije ordained him as hieromonk. At the Spiritual Academy in Moscow he defended his discertation on the theme: "Metropolitan Petar II Petrovic Njegos as a Christian Philosopher". He received first prize for his discertation , the Priestmartyr Hilarion Award.

On the feast day of Sts. Peter and Paul 2008 he served as editor of Svetigora, the magazine of the Metropolis of Montenegro and the Coastlands. On Serbian Father's Day, Janaury 3, 2010 Metropolitan Amphilohije appointed him as protosindjel.

With the blessings of Metropolitan Amphilohije he decided to continue his studies at the Theological Faculty in Belgrade. On June 30, 2013, on the occasion of the lower, crypt church of Holy Resurrection Cathedral in Podgorica, Metropolitan Amphilhije ordained him as archimandrite.

Upon his election at the May 2016 session of the Assembly of Bishops he was consecrated on July 31, 2016 at the Holy Resurrection Cathedral in Podgorica during the Holy Hierarchical Divine Liturgy officiated by His Holiness Patriarch Irinej.

By nationality he is Serbian and a citizen of Montenegro. Bishop Kirilo speaks Russian and Church Slavonic excellently, Spanish well, and knows English, classical Greek and Latin.