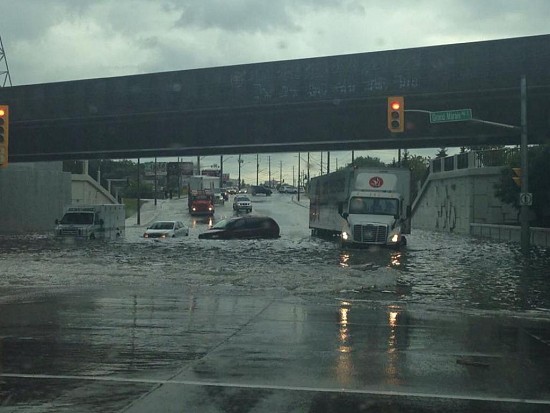 On Tuesday, August 29, 2017, Windsor was hit with a large amount of rain that fell in a very short time. This caused unprecedented floods in much of the city. In particular, a part of the city where there are Orthodox churches suffered. A good part of St. Demetrius Serbian Church, its auxiliary rooms, are flooded. The classroom and office are completely flooded. Church board members reacted immediately, emptying the water from the rooms as it was still coming down. This prevented more damage. In the coming days, an assessment of damage will be made, followed by a complete renovation and rehabilitation of rooms so that children can start a regular school year on time.