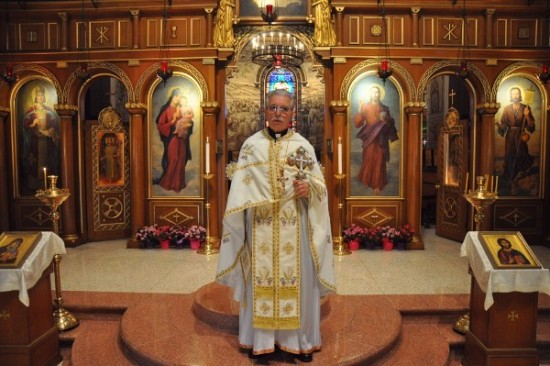 It is with great sadness, yet with hope in the Resurrection, that we share with you the news of the passing of Very Rev. Father Ilija Daikovich, who fell asleep in the Lord June 17, 2017. Father Ilija was born on August 3, 1934 in Drusici, Rijeka Crnojevica Cetinje, Montenegro. He received his theological education in the Seminary in Prizren, Kosovo and in Belgrade, Serbia. He and Protinica Anka were married in 1959 at the Saint Sava Cathedral in New York City, and in 1960, Father Ilija was ordained to the Holy Diaconate and soon after, to the Holy Priesthood.. Father Ilija faithfully served the Serbian Orthodox Church for many decades, and was loved and respected by the countless faithful to whom he ministered during his distinguished priesthood.

We extend our sincere condolences to his widow Protinica Anka, their children and grandchildren, and the entire Daikovich family.

With the saints give rest O Christ, to the soul of Your servant, where there is  neither sickness nor sorrow, nor sighing, but everlasting life!
May his memory be eternal!