Communique of the Episcopal Council 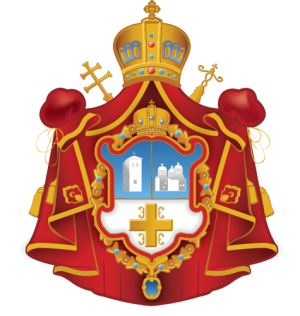 COMMUNIQUE
THE EPISCOPAL COUNCIL OF THE SERBIAN ORTHODOX CHURCH
IN NORTH, CENTRAL AND SOUTH AMERICA

The law by which representatives of the authorities in Montenegro intend to forcibly confiscate churches and monasteries and their properties from the Metropolitanate and Dioceses of the Serbian Orthodox Church violates the historic right of their owners, first and foremost the Orthodox Dioceses in Montenegro, to their centuries-old sanctuaries.

Our Episcopal Council functions in the countries of North, Central and South America, in which such laws, as resorted to by the Montenegrin authorities, are considered violations of human and religious rights given they do not conform to the standards of modern democratic states, and contradict the recommendations of the Venice Commission.

For these reasons, today we have also addressed the United States Administration and the Government of Canada, pointing out the anti-democratic character and consequences of the Law on Freedom of Religion or Belief, and the Legal Status of Religious Communities, which grossly violates the continuity, identity and age-old rights of the Church.

We appeal to the Civil Authorities of Montenegro requesting that all those arrested for the defense of their shrines from state terror and unlawful seizure of property be released from prison.

Therefore, standing in defense of religious rights in Montenegro, the Episcopal Council calls on the Civil Authorities of Montenegro to immediately desist from terrorizing the Church, its clergy and faithful people.

In commemoration of the Nativity of Christ, we pray to the all-loving Lord of Peace, to send peace, unity and respect for human rights in Montenegro, as well as to our entire universe.